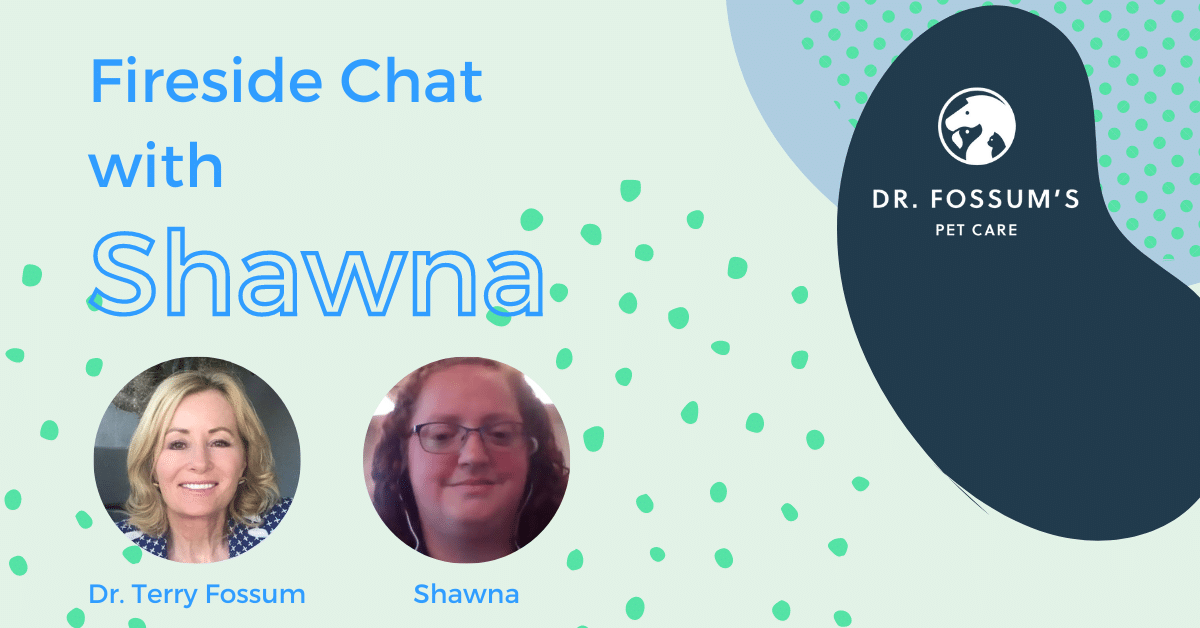 We love one-on-one conversations with our customers about their experience! Shawna spoke with Dr. Fossum about what she’s experienced, why she started using it, and whether or not it’s been a benefit!

How Our Product Improved Cinnamon’s Discomfort!

Cinnamon began experiencing seizures in January. Shawna took her to a veterinarian, but to her dismay, the cause of the seizures wasn’t identified. While the seizures weren’t severe, they were associated with vomiting and were distressing to both Cinnamon and Shawna.

Given Cinnamon is an elderly cat (age 10), her seizures could have stemmed from a number of causes. When the tests performed didn’t identify an underlying cause her veterinarian recommended she try a natural pet wellness product. Shawna began using our hemp extract in February/March 2021. Cinnamon’s last seizure was in July!

Shawna started giving Cinnamon a rather hefty amount for a 13 pound cat; however, she soon noticed that Cinnamon appeared somewhat sedated and had decreased activity. She began reducing the amount she was giving and found that the perfect amount for Cinnamon was 0.4 ml, twice a day. Cinnamon showed great improvement when she was given this amount and she no longer appeared sedated.

Cinnamon is a Happy Cat Living Her Best Life!

Cinnamon is now living the life she deserves! Our hemp extract has given her newfound youth. She has become a beautiful ball of energy –  enjoying playtime with her one-year-old cat sibling!

Her incredible response to our hemp extract has made Shawna consider giving our product to her other elderly pet, who is the same age as Cinnamon.

Shawna has peace of mind knowing she doesn’t have to worry about sweet Cinnamon’s seizures and discomfort.

Shawna Puts Her Full Trust into Our Products.

Shawna’s recommendation to other pet owner’s:

Curious what Dr. Fossum’s product will best serve your pet? Check out our dosage calculator.

Want to share your Dr. Fossum’s story? Leave us your review and send us a video on Facebook!

We are here to help! Call or text us at (413) 367-7867
Contact Us
PrevPreviousChopper the Friendly Biker Dog Loves Dr. Fossum’s
NextFireside Chat With Ohio Veterinarian, Dr. Rae Gandolf!Next